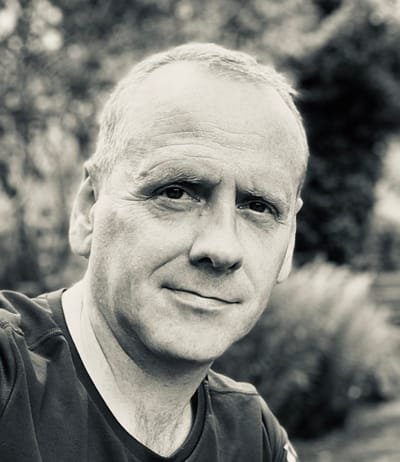 Paul Coffey was born and raised in Nottingham, England, spending almost 20 years as a newspaper journalist before moving into media and communications for law enforcement agencies.

He published his debut novel Shadows of the Somme in early 2016. It was a headstone in a Commonwealth War Graves Commission cemetery in northern France, belonging to a Captain E.S Harris, that proved the catalyst for a story that switches from today to the blood drenched killing fields of 1916. Paul is deeply passionate about using the power of story-telling to ensure those ordinary men engulfed by extraordinary times are never forgotten.

His second novel We Are Broken tells the story of disfigured war veterans Charlie Hobbs and Freddy Lucas, struggling to adapt to life after the conflict. Hobbs enlists the help of sculptor Francis Derwent Wood, who makes him a lifelike mask to hide his gruesome appearance.

The story was inspired by an online article about Derwent Wood and his 'tin nose shop.' Little, if any, testimony remains from the men who wore his masks.

Paul still lives in Nottingham and his love of writing and history is matched only for that of his wife and two daughters.

If you'd like to keep in touch and know about my new books, giveaways and other info, why not subscribe using the form below? Your details won't be used for any other purpose and you can opt out at any time.

I guess I've had a lifelong love affair with words in some way or another. I was born and bred in Nottingham and had a fantastic childhood, growing up with my mum and dad and older sister.

I'm told I began flicking through newspapers at a very early age. At school I loved writing stories and recall penning a short story called the Chandler Files for my GCSE which was a conspiracy story linked to the assassination of JFK.

I left school at fifteen (summer birthday boy) - no university for me - instead, I was lucky enough to gain an apprenticeship as a newspaper reporter for my local rag, the Nottingham Evening Post. In those days, the late 1980s, it was selling more than 150,000 copies a day.

After qualifying as a journalist I spent almost twenty years working in newspapers before moving into media and communications. That led to 11 very eventful years working in Nottinghamshire Police's corporate communication team - a role which saw me writing for senior police officers and sadly, for victims of terrible crimes.

Why did I start writing novels? Well, after so many years articulating the thoughts of others and dealing very explicitly in the here and now of real life, I wanted an escapism; to immerse myself in worlds of my creation.

It's hugely humbling (and immensely satisfying) when people are prepared to spend some of their precious down time, absorbed in a world of my making.

That's the sort of stuff that drives you on as a writer and makes all the hard slog, the rejections, the writer's block, all the knock backs, worthwhile.

If I'm lucky enough for you to choose one of my books, I sincerely hope you enjoy it.

My latest novel We Are Broken tells the story of two disfigured war veterans, Charlie Hobbs and Freddy Lucas. Both are struggling to adapt to life after the Great War. Freddy was badly burned but wears his scars with defiance, while Hobbs is appalled by his gruesome appearance. He turns to renowned sculptor Francis Derwent Wood, who creates him a lifelike mask to conceal his broken face.

In my spare time, I love reading about military history, travelling (pandemics notwithstanding), I'm a huge Nottingham Forest fan and love watching sport.

I still live in Nottinghamshire with my wife and family.