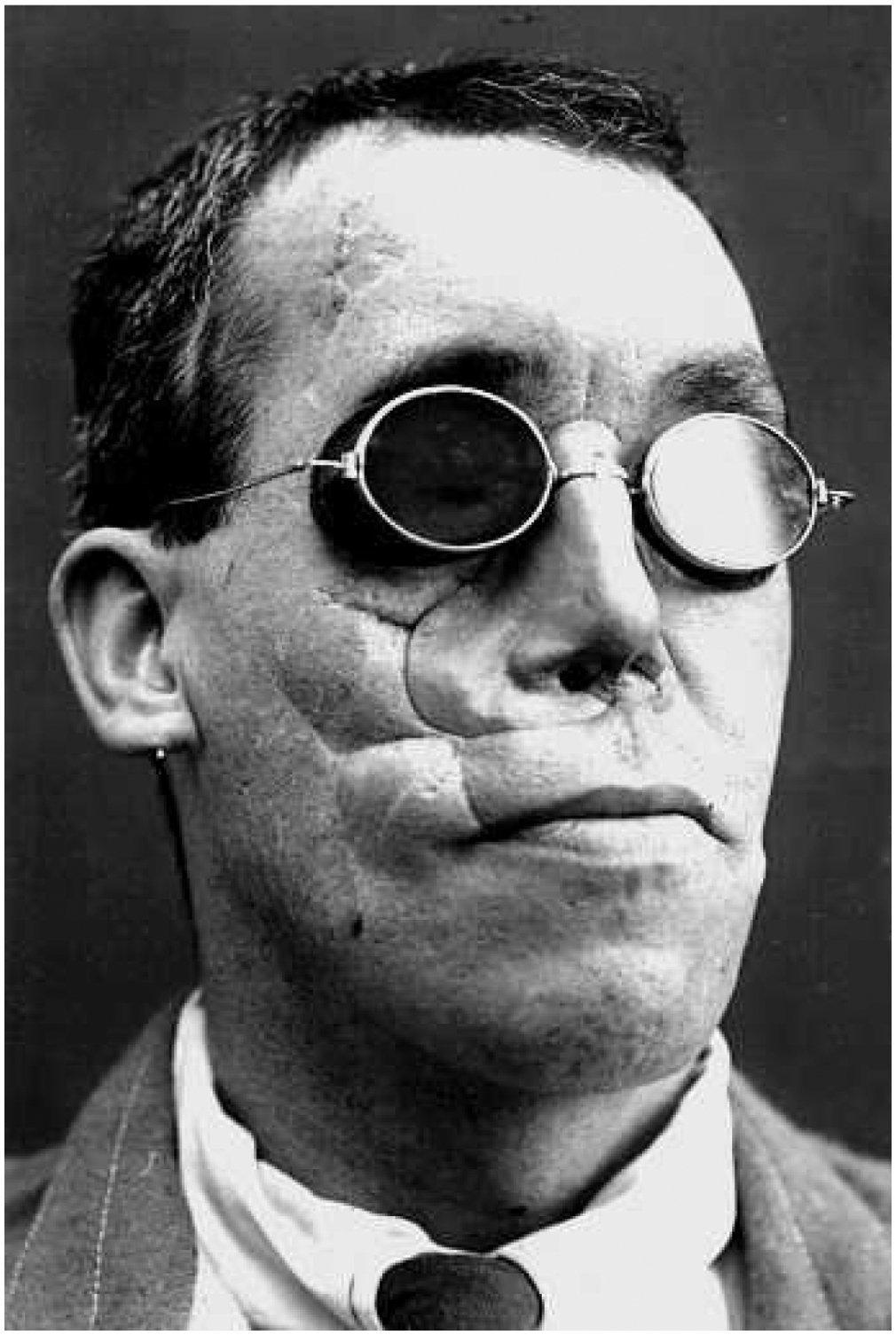 This is Rifleman Moss – we don’t know his first name. In fact, there’s not much we know about him at all, other than the glasses he wears are part an elaborate and skillful disguise.

That’s because his nose, mouth and cheeks are not real; they’re made of tin and then delicately painted to match his skin tone.

Moss was a ‘patient’ (or maybe that should be model) of artists - the most famous of these being renowned sculptor Francis Derwent Wood - who meticulously created scores of similar masks for disfigured veterans of the Great War.

These men had survived catastrophic facial injuries but were appalled by their appearance.

Post war Britain wasn’t as tolerant of disability as we are nowadays and the country was also exhausted by four years of conflict that decimated a generation of men. When peace finally came in late 1918, people didn’t want to see reminders of the war, and injured veterans found themselves isolated, shunned.

To give you an idea just how skillful these craftsmen (and women) were, look at the pictures below. This is Moss, the same man in the picture above but without his mask. 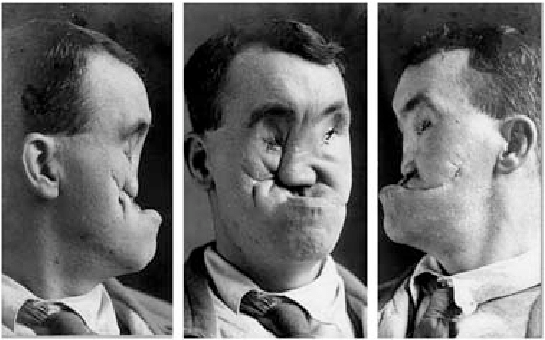 How the poor man even survived those dreadful wounds is astonishing itself. But seeing him wear his mask is equally incredible.

Sadly, little if any testimony remains of the men who wore these masks. What was it like? How long did they and their masks survive?

For Rifleman Moss, read Charlie Hobbs – the character of my new novel We Are Broken. Moss, and these four black and white photographs, are the inspiration for Hobbs and his story.

He and his friend Freddy Lucas have survived the Great War but at a dreadful cost. Hobbs has terrible facial injuries while Freddy suffered horrendous burns when his aircraft caught fire.

Both men are struggling to adapt to life after the war and; but it is when Hobbs turns to sculptor Francis Derwent Wood who creates him a mask, that his friendship with Freddy is broken and sets in motion a train of events that lead to murder and madness.

We Are Broken was released in March 2021. I’d love to know what you think of it, so leave a review or subscribe to my website.

Preview of We Are Broken
Comments